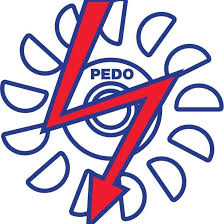 CHITRAL: People of Chapali at a meeting expressed their concerns over the delay in completion of a 250 kilowatt hydel powerhouse at Chumarkhan Gol.

Work on the Chumarkhan hydro power project of Pakhtunkhwa Energy Development Organization (PEDO) had been launched by AKRSP in June 25 2015 and the project was scheduled to be ready in March 2016. However, even after over four years the powerhouse remains incomplete.

The participants of the meeting decided that next week a meeting of the residents of Chapali as well as Kargin would be convened to pass a resolution asking the departments concerned to give a justification about the delay in the project and a timeframe for its completion.

If no satisfactory response was received, the residents would go for a protest sit-in outside the PEDO office, the participants said.

Sources told media that the cluster of Chapali and Kargin through a resolution on March 15, 2015, had constituted a 10-member committee to oversee the work on the project. They had said the powerhouse would be built at a public land and there would be no need of paying for sand and gravel etc.

The cluster meeting had expressed the hope that the AKRSP would complete the project in eight months as promised by its officials. However, the residents are now disappointed over the slow progress of work on the project.

Most of the over 50 small hydel power projects launched by the provincial government in Chitral through the AKRS have faced inordinate delays and construction faults.

Similar situation is reported about 200KV micro hydel power house in Sor Laspur and the residents of the Sor Laspur also show concerns over the delay and quality of work. (SM Desk)

BOONI: Overloaded trucks transporting wheat and other goods to Upper Chitral are damaging the already dilapidated roads and bridges. Tehreek Huqooq-e-Awam leader and social activist Pervez Lal told Chitral Post that there was no system to check the load of trucks in Chitral. The roads and bridges across Chitral are in poor conditions due to lack of […]