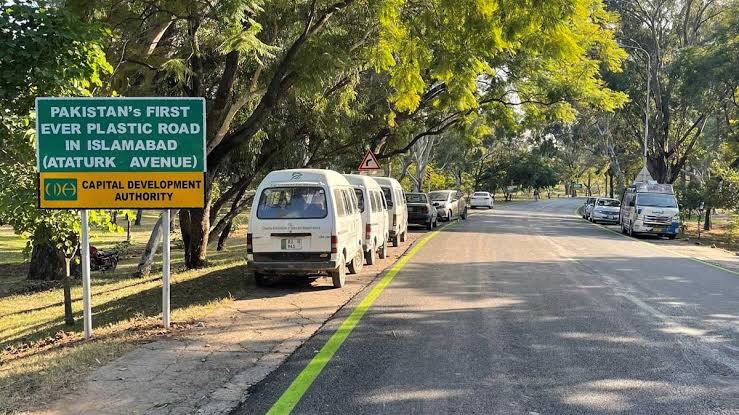 The project, which was accomplished with the help of a public-private collaboration (Capital Development Authority, Coca-Cola, and National Incubation Centre), intends to address the country’s massively mismanaged plastic trash problem, which is the worst in South Asia (in terms of percentage).

According to a paper distributed at the event, Pakistan produces roughly 55 billion plastic bags each year, with the majority of these single-use non-biodegraded bags ending up in open rubbish dumps, landfill sites, or municipal sewers.

According to an expert, the new notion of a plastic road, which is not new in many nations, would produce a scalable solution for the use of plastic in high-value industry. 10 tonnes of plastic bottles utilised’

“This road belongs to all Pakistanis, and all people who care about progress,” said Fahad Ashraf, vice president of Coca-Cola Pakistan and Afghanistan.

He also stated that the road used roughly ten tonnes of plastic bottles gathered for this purpose and that it serves as a model for national practice. 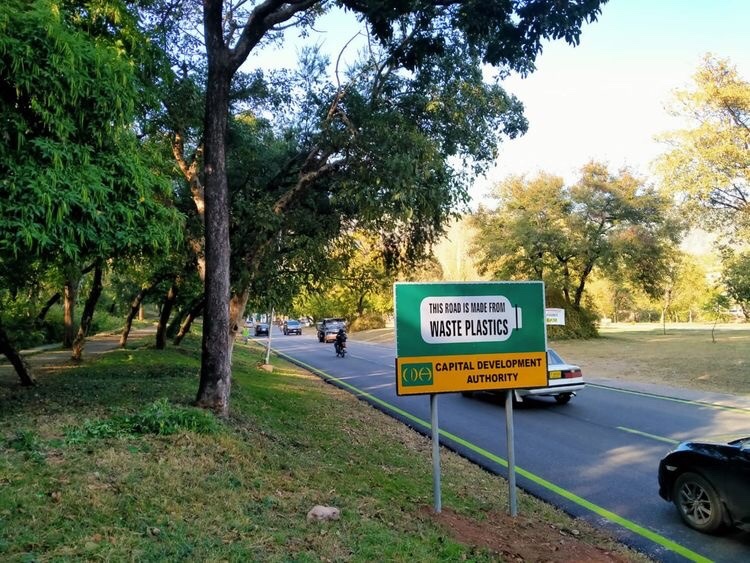 The road, according to Sheikh Rashid, is in keeping with Pakistan’s government’s objective of a clean and green nation.

“Prime Minister Imran Khan has provided us with the vision to discover answers that benefit the ordinary man,” he remarked. I’m pleased to inform that this road is included in the prime minister’s vision because it creates jobs, reduces government repair costs, and, most importantly, protects our environment.”

The plastic road is a global best practice that is believed to last twice as long as a traditional road.

It will assist to safeguard the environment, but if it is expanded to other roads in rural areas, metropolitan areas, and national highways, the impact on development and the environment will be significant, not cosmetic.

“We now must ensure that all partners who are for a better world come in and support this public-private cooperation by doing their part,” said Parvez Abbasi, who represents the National Incubation Center’s strategic leadership.

Posted on May 9, 2021 Author chiefeditor

ISLAMABAD: The federal cabinet has approved two long-awaited bills for protection of journalists and media professionals and criminalising forced disappearances in the country. Federal Minister for Human Rights Dr Shireen Mazari confirmed the approval. “Today, the (federal) cabinet approved the Protection of Journalists and Media Professionals Bill and the Forced or Involuntary Disappearance (Criminal Law […]