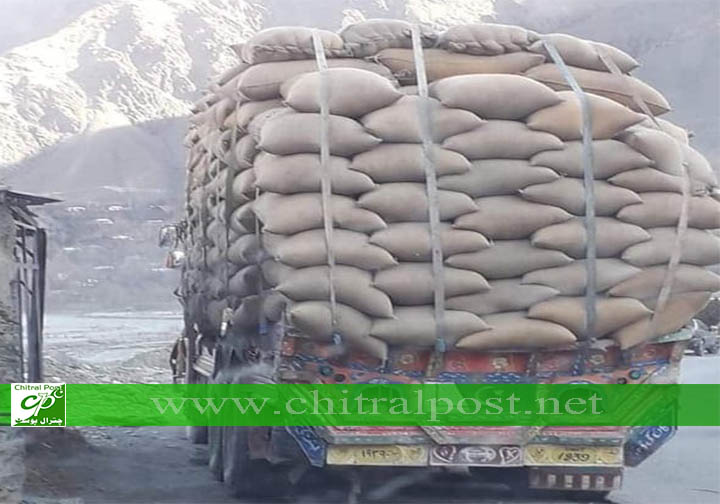 BOONI: Overloaded trucks transporting wheat and other goods to Upper Chitral are damaging the already dilapidated roads and bridges.

Tehreek Huqooq-e-Awam leader and social activist Pervez Lal told Chitral Post that there was no system to check the load of trucks in Chitral.

The roads and bridges across Chitral are in poor conditions due to lack of maintenance, and these heavy vehicles are further damaging them, he added.

In case a bridge collapses, it becomes a big issue for the public as the damage is not repaired for long. The Barenis bridge on Chitral-Mastuj road has recently been repaired and opened for traffic and the heavy trucks could damage it.

He said the communication and works department should check the load of  trucks before allowing them to cross a bridge.

PESHAWAR: With the Americans headed home, the residents of Afghanistan are on the verge of a humanitarian crisis due to the increasing political instability. As things stand, around 0.27 millions Afghans are projected to be displaced and the number is expected to grow. Sources familiar with the development indicate that as a response to averting […]

CHITRAL: Chitral witnessed record one-day high positive cases of nine corona patients on Thursday, taking the tally in the whole Chitral to 28. The nine corona cases included five women, a 12-year-old girl among them. They had travelled to Chitral from Peshawar and were kept in quarantine in Chitral town and Drosh. Those who have […]