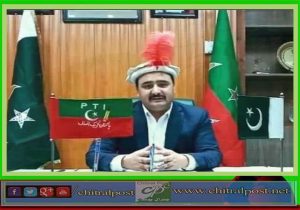 PESHAWAR: The Khyber Pakhtunkhwa (KP) government has approved a grant of Rs150 million for the welfare of religious minorities.

The funds will be released by the KP Department of Minority Affairs will provide grants to minorities’ youth, widows and physically challenged persons to start small businesses, said a press statement.

Special Assistant to the Chief Minister KP on Minorities’ Affairs Wazir Zada said Rs 150m has been earmarked for the project out of which Rs50m will be spent in settled districts and Rs100m in tribal districts.

Under the scheme, a minimum grant of Rs50,000 and a maximum of Rs500,000 will be provided for three years so that an individual may set up a new business, he added.

Wazir Zada informed the age limit to avail of the scheme has been fixed at 40 years while women, widows and the physically disadvantaged will be given at least Rs2.5m on priority.

The scrutiny committee of the department would validate the applications and would provide the funds after receiving all applications whereas the scheme would be advertised in national newspapers first in a bid to make it transparent, he added.

The special assistant said all minority youth, widows and special persons will be asked for business ideas before being given the endowment grant.

Govt fails to acquire land for University of Chitral

September 10, 2019 CHITRAL: The future of University of Chitral is in jeopardy as the provincial government has failed to provide land for construction of its building for the third consecutive year, forcing the federal government to withdraw the Rs3 billion grant released in 2017, from the current budget. Sources in the higher education department […]