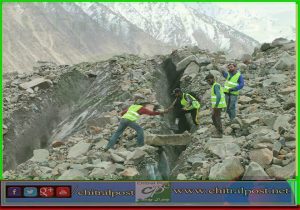 ISLAMABAD: A project that combines satellite images, mapping technologies and the local knowledge of villagers to help build climate-proof settlements in disaster-prone areas of Pakistan won an international award on Thursday.

More than one million people have benefited from the Aga Khan Agency for Habitat (AKAH) Pakistan project, which was a gold prize winner at the World Habitat Awards that are organised with the United Nations housing agency (UN-Habitat).

AKAH has trained about 50,000 residents to better protect their villages from disasters in the mountainous northern areas which are vulnerable to earthquakes, floods and environmental degradation, and are home to some of the poorest communities.

“It’s not just responding to the effects of the climate emergency, but being proactive in protecting people from its effects, using technology and the knowledge of communities,” said David Ireland, chief executive of World Habitat, a charity.

“It provides communities with the knowledge of where and how to live in safety in a changing world. The potential for this approach to be adapted and used in similar areas in Pakistan and elsewhere is absolutely huge,” he said in a statement.

Since 1980, more than 2m people have been killed by natural disasters, according to the World Bank. Worsening climate change impacts threaten to push an additional 100m people into extreme poverty within the next decade.

Pakistan is among the most disaster-prone countries in South Asia, according to the World Bank, and the remoteness of the northern mountainous areas makes response efforts difficult.

It enables communities to build in safer areas, and better prepare for and respond to disasters, AKAH said.

By combining local knowledge, community involvement and technology, the project develops “resilient, sustainable communities capable of living in dignity” amidst the threat of climate-induced disasters, said Leilani Farha, a former UN expert on housing, and one of the judges for the award.

AKAH plans to extend the model to other rural parts of the country, while its projects in Tajikistan, Afghanistan, Syria and India are also using this approach and have completed risk assessments in nearly 2,500 villages covering 3m people.

A key focus for AKAH Pakistan is the involvement of women, who make up about half the volunteers trained for disaster response, and who also participate in weather monitoring and mapping of high-risk areas.

“This has given voice to women who had been considered mostly at the margins of society, and ensures their participation in developing the village disaster risk management plans,” said Samra Siraj, a programme coordinator at AKAH.

“Women who had been conventionally viewed as vulnerable victims of disasters and emergencies are now empowered individuals who can actively respond to disasters and serve the communities,” she told the Thomson Reuters Foundation.

PESHAWAR: Khyber-Pakhtunkhwa Chief Minister Mahmood Khan said a major chunk of the development funds from the upcoming provincial budget 2021-22 should be allocated for the completion of high impact ongoing projects. “We aim to complete the projects in next two years so that people can benefit from the schemes,” said Khan while chairing a meeting […]