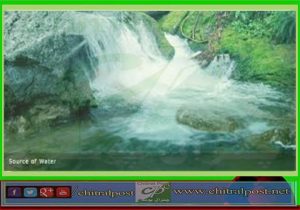 PESHAWAR: The Khyber-Pakhtunkhwa Assembly on Friday passed a bill to regulate the use of water resources in the province after accommodating some amendments from the opposition benches.

As the house reconvened, the treasury benches tabled the bill to form a commission to regulate water reservoirs in the province. After the gubernatorial nod, the law requires the government to set up the commission in the next six months under the chief minister.

The commission will include as members the ministers for environment, public health engineering, agriculture, industry, local government, irrigation and the provincial chief secretary.

It will regulate the use of water for households, industries and agriculture while they will also have the authority to decide about the forest animals and fisheries.

After the bill was presented, PPP lawmaker Ahmed Kundi suggested some amendments which the treasury benches acquiesced to. And the bill was passed by the house.

January 19, 2019 CHITRAL: An improvised explosive device (IED) went off in Arandu along the Afghan border killing a security personnel on Saturday. Deputy Commissioner Chitral Khurshid Alam Mahsud confirmed the incident and identified the martyr as Javed Ahmed, son of Abdul Hakim, a sepoy of Chitral Levies. He was a resident of the Arandu […]