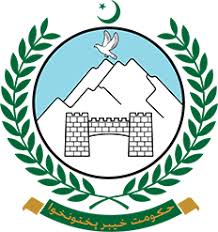 PESHAWAR: As many as 15 public sectors universities of Khyber Pakhtunkhwa are facing severe financial crisis. The leading universities have stopped payment of salaries and pension. On the other hand, future of several thousand students is also at stake.

KP government has not yet issued any fund to any university as grant in aid. However, the vice chancellors expressed their hope that government will restore university funding for the current fiscal year to meet pay and pension obligations. Two universities out of 16 have no shortfall or deficit during the current years that includes Khyber Medical University and Kohat University of Science and Technology. Both have sufficient funds available with them.

University of Peshawar annual budget expenditures are Rs4,100 million against total available resources of Rs3,500 million. University faces a deficient of over Rs600 million, which will further increase with the impact of annual increase of 10% in salaries and pensions.

Vice Chancellor of oldest institution of KP, University of Peshawar, Muhammad Asif Khan said federal government has provided Rs1,250 million as grant to UOP but provincial government has not contributed a single penny. Remaining resources of Rs2,000 million are self generated from various heads such as rents, exams, consultancies, student fee etc.

“We are paying Rs1,100 million to annual pension out of Rs1,250 million federal government grants. Remaining Rs150 million are for the rest of expenses including salaries and utility bills. University faces a deficient of over Rs600 million, which would go up with 10% increase in salaries and pensions is upcoming budget,” he said.

Gomal University Vice Chancellor Dr Muhammad Sarwar told this scribe that they don’t have single penny in pension fund because the financial impact of pension is ever increasing. Unless they get an endorsement amounting to Rs2 billion, it will be impossible to pay pension.

“No doubt we have increased our own resources from Rs435 million to Rs750 million in three years, 2016-2019. Student’s strength increased from 5,700 to 13,000 and yet we are unable to meet university’s pension liabilities,” he further said.

“Governments have focused on opening new universities during the last ten years for political gains and do not care for existing universities,” he added.

Agriculture University Peshawar has the same crisis and facing a budget deficit of Rs885.252 million for the year 2019-20 due to sever budget cut by the HEC, Islamabad, and increase in pay and pension by the government. The university is unable to pay salary and pension for the month of November and onward.

“We have time and again informed the governor, chief minister and HEC chairman regarding the grim financial situation but not received any positive response,” Professor Jehan Bakt told the News.

He further said due to this financial crisis future of around 12,000 students in our university is at stake.

Benazir Women University Peshawar is also facing similar situation of financial crunch by an annual shortfall of Rs375 million. Vice Chancellor Razia Sultana told this correspondent that total budget for the current year 2019-20 is Rs579.862 million while we will generate Rs204.862 million from our own resources. It is impossible to pay salaries and other expenditures without government grant.

Islamia college university Peshawar is facing a shortfall of Rs189.77 million during the current financial year. Budget for the current year is Rs1,545.552 million, which includes Rs361.747 million grant of HEC while total revenue is Rs1,355.782 million.

Hazara University has also sent details of their budget. According to their data, budget approved for the year 2019-20 is Rs1,405.805 million. Their own resources are Rs727.940 million while HEC grant is Rs610 million and they are facing a shortfall of Rs67.865 million. The expenditure will increase with the enhancement of salaries and pension in upcoming budget.

University of Science and Technology Nowshera has also shared figures of financial years 2019-20. According to their data, annual budget for the year 2019-20 is Rs305 million while annual income is only Rs8 million and HEC will provide Rs144 million as grant. University is facing a shortfall of Rs153 million.

University of Swabi annual budget is Rs711.950 million while university owns income is Rs282.877 million. The federal government was approached for Rs200million and rest Rs229.073 million were demanded from provincial government. The federal government approved approximately Rs126 million. The provincial government enhanced the tobacco share cess from 10 to 50 percent but unfortunately not a single penny received during last three years. Hence the university is facing deficit of Rs300 million approx. Now only Rs100 million grants in aid was announced by the chief minister.

Women University Swabi is also facing same situation with Rs100 million deficits. The university’s annual budget for the current year is Rs533 million. An amount of Rs181.34 million surplus funds are available with the university. Whereas its own income is only Rs185 million. The federal government has approved an amount of Rs75 million against Rs166 million demand Hence, the university is in deficit of Rs100million approximately.

University of Haripur is facing a shortfall of Rs150 million. Vice Chancellor Professor Dr Anwarullah confirmed the figures. Annual budget of university is Rs700 million while they will receive Rs300 million from the HEC. The university will face a deficit of almost Rs150 million during the current year.

Vice Chancellor of University of Chakdara Dr Gul Zaman told this scribe: “We have Rs90 million shortfall but we have reduced our expenses and increase the revenue by enhancing the examination and tuition fee. Hopefully we will manage the shortfall,” he said.

University of Swat annual budget is Rs725.910 million and institution is facing a shortfall of Rs281.695 million during the current financial year. University’s own resources are Rs266.8 million while HEC grant is Rs177.415 million.

University of Science and Technology Bannu budget for the year 2019-20 is Rs805.094 million while Rs254.568 million will be provided by the HEC as annual grant. University’s own resources are Rs336.923 million which mean a deficit of Rs93.144 million during the current year.

Vice Chancellor Shaheed Benazir University Sheringal, Upper Dir, Dr Rahmat Ali Khan had refused to provide the data said its official document and we cannot provide it to anyone. However, after some argument he just shared the shortfall figures of Rs39 million during this current year.

Concerned authorities were not available for point of view; however, a federal government official, on condition of anonymity, because he was not authorised to speak to the media, said that the government was trying to resolve the issue, adding that in every province, education departments were facing financial crunch. He said that due to government’s drastic measures to correct the past wrongs committed by the successive governments. He said that this situation was transitory, and soon the circumstances will get better. (courtesy: The News)

By: Zahiruddin January 12, 2020 CHITRAL: An American national hunted Kashmir markhor with horns measuring 50 inches in Toshi Shasha conservancy here the other day. He had obtained the permit from the wildlife department at a cost of 150,000 US dollars. Divisional forest officer of wildlife division, Chitral, Mohammad Idrees told Dawn on Saturday that […]

January 19, 2019 CHITRAL: An improvised explosive device (IED) went off in Arandu along the Afghan border killing a security personnel on Saturday. Deputy Commissioner Chitral Khurshid Alam Mahsud confirmed the incident and identified the martyr as Javed Ahmed, son of Abdul Hakim, a sepoy of Chitral Levies. He was a resident of the Arandu […]