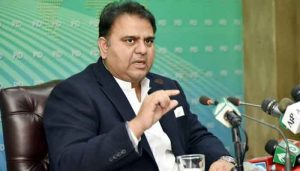 ISLAMABAD: The low voter turnout during the NA-249 by-election held a day earlier in Karachi indicates that the public is losing confidence in the electoral process, says Information Fawad Chaudhry. In a message on Twitter on Friday, the information minister once again asked the opposition to consider Prime Minister Imran Khan’s suggestions for electoral reform. He also critiscised the PPP, saying that the party held the whole system hostage for the sake of one seat. This is why, he said, the need for electoral reform was acutely felt. The PPP secured victory in the NA-249 by-election held on Thursday in the city’s District West, with unofficial, provisional results showing a close contest between the PML-N and PPP in the final count. PPP’s Abdul Qadir Mandokhel bagged 16,156 votes to win the seat, followed by PML-N’s Miftah Ismail who secured 15,473, unofficial results from polling stations showed. Major political parties, including the PTI and the PML-N, have rejected the result of the NA-249 by-election. The PPP, on the other hand, celebrated its candidate Qadir Khan Mandokhail’s victory.

PESHAWAR: The Provincial Tourism Strategy Board has accorded approval to declare Madaklasht as the integrated tourism zone (ITZ) along with Ghanool (Mansehra) and Mankyal (Swat). The approval was accorded in the first meeting of the board held on Tuesday with Chief Minister Mahmood Khan in the chair. The matter would now be presented before the […]