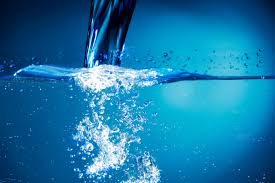 ISLAMABAD: The government has disbursed Rs70,619.208 million for various water resource projects under the Public Sector Development Programme (PSDP) in three quarters of the fiscal year 2020/21. According to the data of the Planning Commission, Rs77,860.087 million was allocated for various water resource sectors in the current fiscal year. Of the total allocation, the domestic share was Rs64,362 million, while foreign component was estimated as Rs13,498 million.

Similarly, Rs2,000 million has been allocated for Kachhi Canal Project (remaining works), Rs500 million for the construction of 100 dams in Balochistan, and Rs30 million for the construction of Delay Action Dam at Zarkhune. Similarly, the government has released Rs49,794.241 million for various projects of the National Transmission and Despatch Company (NTDC) and Pakistan Electric Power Company (PEPCO) under the Public Sector Development Programme (PSDP) for the fiscal year 2020/21. An amount of Rs36,299.980 million was allocated for various NTDC/PEPCO projects in the current fiscal year. Of the total allocation, the domestic share was Rs8,607.960 million, while foreign component was estimated at 27,692 million.

December 25, 2018 DROSH: Two persons were killed in a road accident on their way to Ursoon valley in Drosh area. The ill-fated Toyota pickup bearing number 3579 was going to Ursoon when it met mishap near Ursoon post. Two persons Sohail s/o Sadbar and Imran s/o Salahuddin both the residents of Badogal Drosh lost […]