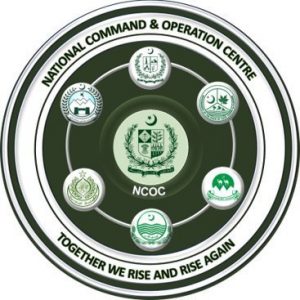 ISLAMABAD: The National Command and Operation Centre (NCOC) on Tuesday announced to temporarily suspend public transport and tourism in a bid to strengthen efforts to contain the spread of the coronavirus, Radio Pakistan reported.

A communiqué issued by the Ministry of Interior announced the aforementioned services would remain suspended between May 8 and 16.

Travel, both inter-provincial and inter-city, during the Eid holidays will also remain suspended however, locals of Gilgit-Baltistan would be allowed to return to their homeland.

Roads leading to tourist spots will remain closed “with a special focus on Murree, Galiyat, Swat-Kalam, Sea View/beaches and northern areas”. All tourist resorts, public parks, hotels, restaurants shopping malls, and transport “in and around” the tourist points will remain closed.

The notification also called for timely issuance of health guidelines and suggestions for Itikaf, Qadr Night, Jumu’atul-Wida and Eid prayer.

It also called on authorities to ensure uninterrupted electricity supply during the Eidul Fitr holidays.

Provincial government extends school closure in KP until May 31, cancels all exams

March 31, 2020 PESHAWAR: KP government has extended school closure until May 31. The provincial government cancelled all upcoming school examinations as well. This was announced by the Khyber-Pakhtunkhwa (KP) Elementary and Secondary Education Department (KP-ESED) in a notification. It added that the duration of this closure will be considered as summer vacations. The notification added […]

December 25, 2018 DROSH: Two persons were killed in a road accident on their way to Ursoon valley in Drosh area. The ill-fated Toyota pickup bearing number 3579 was going to Ursoon when it met mishap near Ursoon post. Two persons Sohail s/o Sadbar and Imran s/o Salahuddin both the residents of Badogal Drosh lost […]