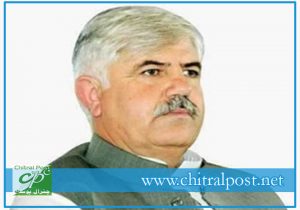 PESHAWAR: Khyber-Pakhtunkhwa Chief Minister Mahmood Khan said a major chunk of the development funds from the upcoming provincial budget 2021-22 should be allocated for the completion of high impact ongoing projects.

“We aim to complete the projects in next two years so that people can benefit from the schemes,” said Khan while chairing a meeting on Saturday.

A series of consultative meetings held to finalise the Annual Development Programme (ADP) for the upcoming financial year 2021-22 with the chief minister in the chair concluded on Saturday.

Besides provincial ministers, advisers and special assistants to chief minister, chief secretary, additional chief secretary and administrative secretaries of all the departments and senior officials of finance, planning and development departments attended the meetings.

In the three-day consultative meetings, the participants discussed and reviewed the proposed development portfolios of all the departments to be included in the provincial ADP as well as the Accelerated Implementation Programme (AIP) for newly merged areas.

After comprehensive discussion on the draft of ADP and AIP 2021-22, inclusion of various new schemes for both the drafts and allocation of funds for the new developmental schemes as well as ongoing projects were finalised in the meetings.

Khan termed the completion of ongoing development projects especially the ones which were due to be completed as a top priority of the provincial government.

“New development projects will be included in the upcoming uplift programme keeping in view requirements of the people,” said the chief minister, adding the schemes had a direct and immediate positive impact on lives of the people.

He added that the provincial government would focus specially on education, health and other sectors of social services besides development projects across K-P.

ISLAMABAD: I urge everyone to stop politicking  during the corona virus crisis as it will have adverse effects on the country,  Prime Minister Imran Khan said Saturday, as opposition continues criticizing the premier’s policy of a ‘partial lockdown’ in the country. “I would like to request everyone to stop playing politics on this issue. This […]

(Web Desk) ISLAMABAD: The low voter turnout during the NA-249 by-election held a day earlier in Karachi indicates that the public is losing confidence in the electoral process, says Information Fawad Chaudhry. In a message on Twitter on Friday, the information minister once again asked the opposition to consider Prime Minister Imran Khan’s suggestions for […]