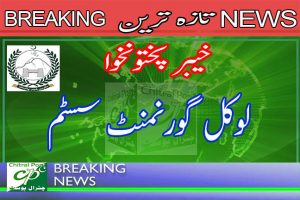 PESHAWAR: The local body elections in Khyber Pakhtunkhwa are unlikely to be held within the stipulated 120 days after the dissolution of the last government system due to the government`s failure to make rules for local council delimitation.
Sources told Dawn that the local government department had put up the delimitation rules to the chief minister on Oct 4 but they had yet to be approved.
Under Section 219(4) of the Elections Act, 2017, the Election Commission of Pakistan is bound to hold elections within 120 days of the completion of the term of local bodies in provinces, cantonment areas and Islamabad Capital Territory.
Also, it binds the ECP to announce the election schedule in consultation with the federal or relevant provincial government.
The last local government setup in KP was dissolved on Aug 28, so elections for the next local bodies are to be held by Dec 27 under the law.
Sources said the delimitation rules would be presented before the provincial cabinet for approval after the chief minister okayed them.
They also said the local government department had yet to draw the boundaries of the city local government to be established at every divisional headquarter of the province.
Section 21(5) of the KP Local Government Act, 2013, declares that for the purpose of the urban centres of the district, the government will notify city local governments to be established at each division headquarters.
The sources said the ECP also required for LG polls the maps of urban and rural areas, the notification of the total number of village and neighborhood councils in every tehsil, and the notification of the limits of tehsil councils along with category wise number of seats and those of the city local councils along with category wise number of seats.
They said the ECP had repeatedly asked the government for those documents, but to no avail.
The sources said it was highly unlikely that the government would be able to provide all that to the ECP within a month.
A senior ECP official told Dawn that the holding of local council delimitation was the commission`s responsibility, while the framing of delimitation rules was the domain of the local government department.
He wondered how the ECP could begin the delimitation exercise if the government didn`t make rules for them and provided it with the required information.
The official said the drawing of the local council boundaries would be an arduous job following the 2018 population census and major changes to the local body system in the province.
He said the government had drastically amended the LG law to abolish the district tier of the local body system and retain the tehsil and village and neighborhood councils.
The official said the coming LG polls would also bring about the city local governments.
He said though the holding of LG elections was mandatory within 120 days of the dissolution of previous local bodies, the polls were unlikely to happen in five to six months.
`If the government approves delimitation rules and provides the ECP with the sought-after information, even then at least two months will be required for delimitation and two more months for elections,` he said.
Currently, several petitions are pending with the Peshawar high Court against the abolition of the district tier of the LG system and other provisions of the amendments to the LG Act.

December 13, 2019 ISLAMABAD: The Muttahida Qaumi Movement – Pakistan (MQM-P) is set to introduce a bill in the National Assembly for increasing the number of provinces in Pakistan to eight. According to media reports MQM-P legislator Kishwer Zehra submitted a bill to the NA Secretariat on Friday. It calls for the creation of South Punjab and Bahawalpur provinces within the existing Punjab, as well as […]