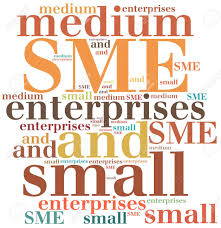 Small and Medium Enterprises (SMEs) are considered to be the backbone of economy. In the present era, most of the developed countries discover their roots of economic development in the SMEs. Taking this optimistically the less-developed as well as developing countries have also their promising focus on promotion of SMEs. Purposefully, various steps are taken to create conducive environment and attraction. An SME is not confined to a singular sector or a few sectors rather it covers a majority of economic activities: industries, trading, wholesale, retail, services sectors and micro-level economic activities. SMEs are categorized as business entities maintaining revenue, assets and human resources on a certain threshold. However, it varies from country to country.

SMEs are considered to be the main engine of modern economy of India. Similar is the case in China and Malaysia etc. However, in Pakistan, the situation is not too encouraging. But despite all difficulties, the SME sector in Pakistan contributes 90% of all the enterprises and employee almost 80% of the non-agricultural labor force. Its contribution to GDP is virtually 40%. On the one hand, it seems good that SMEs are somehow active in the county but on the other as compared to some other developing countries, it could not be measured as much encouraging. Recently, Pakistan was ranked 136th in reference to “starting a business indicators”. Though there are lots of potential regarding strengthening and huge opportunity to scale up SMEs but the atmosphere could not be made supportive. Experts believe that if the environment is made “easy and friendly for business” the SME sector would show significant increase to GDP and it would be more than 60%.

The breakup of SMEs in Pakistan is also just like the resources distribution in the National Finance Commission (NFC). Punjab is on top having 65.4%, Sindh 18%, KP 14.3% and Balochistan with only 2.3% contribution to the SME sector.

The SME sector in Pakistan faces multifaceted problems and that’s the reason this sector could not yield better. Above all are the policy formulation and regulatory mechanism. Starting a business in the country is not that much easy as one would think. Similarly, financial institutes have also created cumbersome settings for entrepreneurs. Instead of building favorable environment for doing business easy concern circles have failed to comply with the demand of the business age.

Pakistan is ranked 136 among 190 economies in the ease of doing business, according to the latest World Bank annual ratings. This rating contains 20 million indicators from 50000 market spread over 190 countries.

World bank’s “The Ease of doing business” index ranks countries against each other based on how the regulatory environment is conducive to business operation stronger protections of property rights. Economies with a high rank (1 to 20) have simpler and friendlier regulations for businesses. Interestingly this rank also highlights “corruption index” and quote the Corruption Perceptions Index reported by Transparency International in 2018 that ranked Pakistan in 117. Such alarming situations contribute to economic downfall because investors and entrepreneurs remain scared of their business sustainability. In the ease of doing business ranking China stands at 46 while India is on 77.

Pakistan is facing poverty and unemployment issues and both are deeply interrelated. In the recent couple of months some sectors have witnessed demise which has maximized the miseries. The sitting government has promised of providing 10 million jobs to youth but it is a bitter truth that in coming 4 & half years government sector could not accommodate such huge number of youth. Unfortunately we have inherited very shaky policies in the government sector and the current economic mayhem is also a strong component. To honor its promise of giving jobs the government obviously would look towards private sector to create more employment opportunities. In private sector the Non-governmental development sector, generally referred as NGOs, has been one of major job & employment providing and poverty combating sector but presently the NGOs are facing regulatory issues that’s why many INGOs have terminated their activities. The workforce, employees and other SME related component, once engaged with NGO sector are now jobless and SME(s) engaged with NGOs, one way or the other, facing sustainability problems. Now have a look into a scenario where we have to provide jobs to more and more youth and jobless people but the fact here is that government sector could not house the huge figure and economic condition of country is no getting better. Consequently, SME is the only sign of hope which could help the government fulfils its promise to nation and significantly contribute towards economic stability. If SME is the only hope than all the attention from government should be towards this sector.

Corresponding to its population (200 million plus), Pakistan is among a few countries having largest human workforce almost about seven million. But unfortunately the economic outputs of such a high human workforce are gloomy and place the country among the lower end of the middle income countries. The country has not been able certainly to take the advantage of its population. This potential human workforce could be utilized for increase of GDP through SME sector. Decades ago, Malaysia developed a strategy to boost its economy by developing a quality workforce, a competitive domestic economy and transparent markets. Unfortunately our ministry of commerce & industries, created to remove barriers and promote efficient domestic trade, could not perform like that.

While talking on the importance of SME sector we should also talk about some main hindrance the sector is facing; these include access to finance; access to inputs including training, awareness & exposure, access to markets for the products, marketing guidance and exposure to market demand both local as well as global. Unlike large enterprises in the formal sector, SME is constrained by financial and other resources. The inherited characteristics of SMEs make it imperative that there should be a mechanism through which SME may get support in different function of business mostly mentioned above.

Discussing poverty reduction through SMEs we cannot neglect the significant role Micro Finance could play. Principally micro finance has created jobs and business opportunities for rural dwellers particularly for women at micro level. Since the micro level business are main contributors in the SME sector hence these businesses lack proper coaching, mentoring and guidance therefore could not return maximum results. Apart from that micro credit is also not available as per demand of the market. According to a report of micro finance network, in Pakistan 21 million people are available seeking loan for productive purposes but the Micro Finance Banks and non-banking Micro Finance Institutes, mostly NGOs, collectively could facilitate only 6.4 million people. This makes micro-credit a difficult task for micro business aspirant.

Principally it is economic development which helps a nation improve its economy, politics and the social well-being of its citizens both in terms of quantity as well quality. Government should formulate easy and accessible policies and regulations for starting business in the country. There are lots of businesses which are not registered and brought to main stream due to different reasons. Authorities should unfold the reason behind this and formulate easy and attractive policies to rationalize it. Presently there are numerous hurdles that’s why people (entrepreneur) hesitate to regularize their business and bring them to mainstream. Here also comes a critical role of state bank. The monetary policies of banking institutes are not favorable for SMEs. Banking sector could not prove itself as a facilitator and entrepreneur mostly fail in getting loans for business purposes. Though it is said and advertised that banks are ready to provide easy loans for business purposes but those who approach bank(s) knows it better how much it is difficult to take loan from any bank.

The State Bank should look into the situation as well as market potential and formulate auspicious monitory policy for the promotion of SMEs in the country. That would also strengthen the banking sector in the country.

Strengthening the SME sector by bold and workable steps would be helpful for the government in achieving its objectives, as both China and Malaysia have promoted SMEs by optimistic approaches.

It is undeniable fact that to overcome the increasing issue of joblessness, poverty and economic vulnerability SME sector is the only best option. It has many-sided merits and obviously multifaceted impacts on socio-economic condition of the country. Consequently it is needed that SME sector should be given proper attention, efforts should be coordinated and holistic as isolated endeavors have not resulted encouragingly.

Atmosphere needs to be made favorable for Poverty reduction programs, technical vocational education & training programs and businesses, loan availability and other allied requirements. The key of success is always in the hands of “policy formulators” and this role is obviously with government. So government should take steps through business friendly policy formulation, regulations and encourage private sector towards SMEs for the sustainability of livelihood. Secondly state bank of Pakistan should revisit its monitory policy and redesign it particularly keeping in view the demand of market. SMEs should have easy access to loans to implement their projects. State bank should encourage micro-financing and ask banks to increase loan disbursement as well as its magnitude. Loan application process time needs to be decreased and interest rate should not be higher for SMEs.

SMEs finance play an important role in the creation of employment opportunities with relatively lower investment levels, it would help in reduce poverty and boost economic growth. There are more than three million business (SME) establishments in the country around 99 percent of them employ 1-10 persons, clearly indicating that they fall under the definition of SMEs, more specifically lower-end SMEs.

The non-banking micro-finance institutes particularly NGOs should be asked and facilitated to offer loans to aspirants so that business intake could increase. Technical Vocational Education & Training (TVET) sector which is generally called skill development in our country needs to be aligned with SMEs to make it market oriented. TVET would help overcoming the shortage of “skilled manpower” and generate employment for youth.

So to cop with the current economic instability, increasing ration of unemployment, poverty and limited sources of livelihood the sitting government should steer its attention toward SME sector and make it instrumental for employment generation, poverty reeducation and sustainable livelihood by removing barriers.

Education; key towards prosperity of Pakistan

By: Naeem ullah The gateway to a country’s success is undoubtedly education. It enlightens and boosts the country’s economy, sovereignty and development. Malaysia is a great example. It has dragged itself into the category of the developed countries. Education has been so widely promoted that the literacy rate has rose up to 95%. This has […]

By: Fauzia Waqar The World Water Week, from August till August 30, this year had the theme: ‘Water for Society: Including All’. The purpose of conducting a water week is to create awareness regarding water issues like access to clean water, reasons for contamination of water, water-borne diseases, and preventive measures. Water pollution is one […]