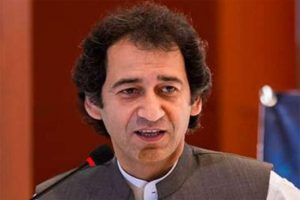 PESHAWAR: Provincial Senior Minister for Tourism Atif Khan Saturday said that they have already identified 11 new tourist sites and steps have been taken to provide facilities to the local and foreign tourists. He said this while talking to a delegation of the World Bank that called on him here. He said that in the first phase, the government would establish tourism zones in Swat, Chitral and Mansehra. He said the government was keen to develop roads and make easy access to the scenic places. He said the establishment of new zones would help promote tourism in the country. He said that Rs5.5 billion had been allocated for construction of roads

PESHAWAR: The provincial education department has promoted over 1.425 million students of matriculation and intermediate to next grades. Khyber-Pakhtunkhwa (K-P) Elementary and Secondary Education Department (ESED) made the announcement after the Federal Ministry of Education ordered cancelation of matriculation and intermediate exams in the country. However, administrations of the eight examination boards in the province are […]

January 12, 2018 ISLAMABAD:  The Safety Investigation Board (SIB) tasked with a probe into the 2016 crash of a PIA’s domestic flight PK-661 that killed all the 46 people onboard, has found a ‘lapse’ on the part of PIA and a ‘lack of oversight’ by Civil Aviation Authority (CAA) that may have led to the […]