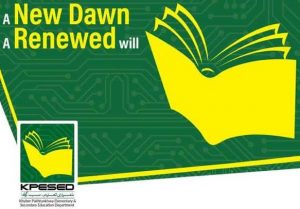 PESHAWAR: Despite lofty claims of the provincial education ministry, some 2.6 million children are out of schools in the province, said Khyber-Pakhtunkhwa Assembly Standing Committee on Elementary and Secondary Education Chairman Taj Muhammad Khan on Thursday.

Addressing the first meeting of the committee, Taj said that despite passing 13 years to the October 2005 earthquake, the Earthquake Reconstruction and Rehabilitation Authority (ERRA) has not constructed the schools in the affected districts.

Taj said that ERRA was provided resources for the reconstruction of the affected school in Mansehra and Battagram districts, but still the student are taking classes under open sky.

Over half a million students are enrolled in the two districts and directed the relevant authority to take hasty steps for the reconstruction of schools.

Moreover, Taj expressed shock over the retirement of teachers on medical ground and directed to resolve the issue on permanent basis.

Babak, who had served as K-P education minister from 2008 to 2013, suggested revisiting the idea of madrassa schools in the province.

He said madrassa schools will provide primary education to children at mosques near their homes, will cost less than the regular government schools and would be more effective due to social and religious outreach of the madrassas.

He asked the chairman to direct the education secretary for initiating elementary and secondary education foundation project for high literacy and more enrollments.

Mian Nisar Gul said that unnecessary appointments and transfer of teacher should be avoided as academic year is near completion.

Taj showed resentment over the absentee of director education, managing director elementary and secondary education foundation, and directed secretary education to ask them to ensure their presence in the next meeting to brief the committee about their performance.

The meeting discussed matters relating to up-grading and construction of new schools, enrollment of new students and judicious utilisation of funds.

Provincial government extends school closure in KP until May 31, cancels all exams

March 31, 2020 PESHAWAR: KP government has extended school closure until May 31. The provincial government cancelled all upcoming school examinations as well. This was announced by the Khyber-Pakhtunkhwa (KP) Elementary and Secondary Education Department (KP-ESED) in a notification. It added that the duration of this closure will be considered as summer vacations. The notification added […]