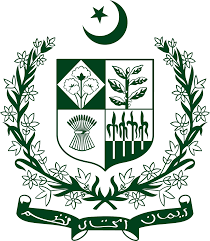 ISLAMABAD: Pakistan has made formal requests to 10 more countries under the OECD mechanism as well as Switzerland separately for exchange of information about those Pakistanis who stashed their assets abroad to evade taxes.

“We have made requests to 10 more countries for getting automatic exchange of information and so far we have received details about 150,000 bank accounts from 29 jurisdictions under the Organisation for Economic Cooperation and Development (OECD) treaty. We have also made another request to Switzerland for exchange of information in January (last month) and they are willing to share data but so far it has not yet been operationalized,” Minister of State for Revenue Hammad Azhar said at a news conference here at the PID on Thursday.

The minister of state said that differences with the International Monetary Fund (IMF) were narrowing down and when the Fund would show leniency in its conditions, progress will be achieved. He ruled out possibility of taxation measures of 0.5 percent of GDP as major stumbling block in the way of agreement with the IMF and stated that efforts would be made to achieve the set target of Rs4,398 billion in the current fiscal year.

Hammad Azhar said that the Federal Board of Revenue (FBR) was establishing six Commissionerates as they were doing profiling of received information out of 150,000 account holders from 29 jurisdictions under the OECD. He said the government proposed provisional assessment of owners of offshore assets through reform bill introduced in the Parliament in a bid to foil attempts for moving out of assets or money due to routine lengthy process of conducting assessments. He claimed that although the OECD treaty was done in the tenure of the last regime, but they placed required procedures for ensuring exchange of information after coming into power.

The minister of state also hinted that the FBR was going to propose something new before the judges of Supreme Court of Pakistan on next hearing for restoration of tax on telecom sector as the apex court of the country had suspended collection of withholding tax on mobile usage. Alone due to this suspension of tax, he said, the FBR was expected to face a revenue loss of Rs100 billion, adding that they were making efforts to table such proposal before the SC that might pave the way for restoration of some kind of tax on telecom sector. However, he refused to share the details of this proposal and contended that there was no proposal to slap Federal Excise Duty (FED) on usage of more than Rs500 load on monthly basis.

Hammad Azhar announced to gear up campaign against high net worth individuals in weeks and months ahead in order to broaden the narrowed tax base.

(Web Desk) PESHAWAR: The Khyber Pakhtunkhwa (KP) government has approved a grant of Rs150 million for the welfare of religious minorities. The funds will be released by the KP Department of Minority Affairs will provide grants to minorities’ youth, widows and physically challenged persons to start small businesses, said a press statement. Special Assistant to the […]